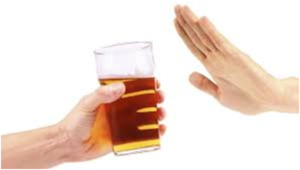 There are many ways people ruin their lives themselves knowing that it would lead to greater hazards in the future, but still, they continue doing so. Consumption of alcohol and tobacco is one of these reasons. Apart from these two, people also tend to be drug addicts, which also proves to be very harmful to their lives. It’s not that these people don’t love themselves (in some cases they actually do not!) but the strong addiction that these things cause to them, makes it almost impossible for the addicts to give up on these bad habits.

What do alcohol and tobacco contain that makes there consumption harmful?

The alcohol people consume is generally ethyl alcohol which is prepared by fermentation of yeast, fruits, grains, vegetables, starches and many more. And tobacco, as we all know, is present on cigarettes (which is a very common habit amongst youngsters these days to puff one) is equally harmful as any alcoholic beverage.

Mostly, the ingredients by which these things are made has an adverse effect on our full body because of its fermenting process. And the local ones are made up of rotten wheat and rice which makes them even more harmful to our consumption.

In what ways do alcohol effect human beings?

The negative effects of alcohol on us are countless. Right from our brain to our liver and abdomen, it affects all. Though acute effects of the consumption of alcohol are limited to a headache and nausea, the chronic effects are outwardly deadly.

The most harmful effect of this habit is the damage to our liver- it often leads to liver cancer. Women in urban areas these days are also prone to drinking alcohol and the liver of them are damaged more rapidly than that of the men.

It also causes anxiety, black-outs and in rare cases short-term memory losses too.

The brain loses its control due to over-drinking as the communicative pathway of it is perturbed by alcohol. The heart and the immune systems also get damaged which leads to heart attack and lower immunity of the consumers.

Overall, all major internal parts are affected due to the drinking of alcohol.

Tobacco does no less harm than alcohol:

Though its a very common phenomena to get addicted to cigarettes while still surviving the effects of it, long-term habits lead to several hazardous effects like that of alcohol itself.

The throat and the lungs of chain smokers are mostly affected due to over intake of the harmful nicotine that is present in it.

Consumption of any type of tobacco- be it raw or mixed, shows the same effect on human health.

It is found that tobacco contains a minimum of 30 chemicals which when gets into the human body, can cause cancer. It’s better to limit the usage of such harmful substances, if at all not possible to leave. Anything in limits is always profitable than limitless consumption.

Though its hard to abandon the habits of consuming alcohol and tobacco we should at least try hard for doing the same. Its a matter of our life and when it comes to the chances of survival, these addictions leave no stones unturned to drag you towards a gloomy life. We should learn to love ourselves enough to take care of us and remain away from being into such habitations.

The goal is to remain healthy if you live a shorter span of life also but not to live longer and stay unhealthily.

9 Tips to Building Muscles on a Vegetarian Diet

Are you getting enough iron? Identify these 5 unusual signs

A Healthy Twist To Substitute Butter With Oil

Blood Oxygen Monitoring: What is it and how can it help...

Live in Peace: 4 Ways to Prevent Stress from Taking over...