It is not easy being overweight, mainly in this era, where fitness options are too many. People often taunt and tease the fluffy ones due to their weight issues and it becomes very heartbreaking for them to bear with this. Mainly this is seen amongst kids who don’t actually understand that they are abusing or bullying the fatter ones. 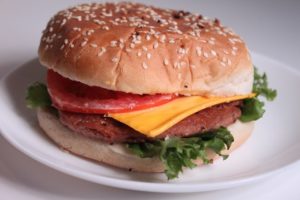 While a majority of people has taken the initiative to lose weight and become leaner, there are still some who lacks the enthusiasm for doing so. It is not just about gaining weight anymore. But with those extra kilos, people invite many other dreadful diseases within themselves. It has become the need of the hour in today’s time to take care of your body and maintain a moderate weight according to one’s height.

There are some common misconceptions about weight gain in our society, 6 of them are mentioned below:

Food is the ‘only’ cause for weight gain

People normally relate weighty affairs directly to having food in huge amounts. No! It is totally a myth that eating lots of food can make people fat. Of course, we can’t deny that food plays a major role in increasing weight in an individual but it is not the sole reason behind it. Doctors always advise to eat more but that should be frequently manner; one should not gorge on foods in a way that it fills their tummy to its fullest. That way, the digestive system works efficiently and does not allow the food to accumulate in the intestine.

It is believed that irregular diets or sleeping disorder do not necessarily cause a person to gain weight. But it’s not at all true, in fact, these are reasons enough for a person to put on weight. A routine life is always advised to people to avoid such issues which can make them weighty or is not good for their overall health.

Calories cause all the fat in our body

No! For a person to become fat calories are not to be blamed always. In some cases, people grow fat due to certain diseases also, like thyroid, diabetes, etc. Insomnia and less nutritive diet also cause people to grow fat. Cholesterol is accumulated in our body not only by eating food with high amounts of fat products but also due to some hormonal effects that these things cause.

This is a universal misconception that after women give birth or they take preventive measures of birth control, they become fat; it is not so! A decade or two ago the birth control pills contained estrogen at higher levels (which causes weight gain) but nowadays it is lowered down to a minimal level to not cause fatness at all.

Metabolism is the key to being lean

We see some people eating much and still does not put on weight while there are some unfortunate ones who gain weight even if they drink water also (no pun intended!) So metabolism plays a major role in the weight gain factor; the ones with bad metabolic rate are more prone to putting o weight as compared to those having good metabolic rate.

Doing heavyweight exercises is a sure shot way to become leaner

Exercise is necessary but along with it one has to maintain a diet, have a healthy lifestyle and must be consistent in doing so. This is one of the common misconceptions about weight gain that the fat people deal with nowadays. It should not be like you do it for two days and then stop doing exercises for a week; regularity is very important.

Nowadays, who doesn’t want to look fit and lean? Every single person (mainly in the urban areas) are seen joining gyms or maintaining diet regimes to keep themselves fitter. We can see many online health blogs and videos helping out the fitness freaks in learning about how to shed those extra kilos from within the comfort of their home. But all these can only be effective in showing results if the above-mentioned common misconceptions about weight gain are kept in mind while following it.

Just blindly following some diet charts and lifting weights won’t do. It doesn’t mean that they are not effective but as we all know ‘to get perfect output, you must first input perfection’, and it is also evident in case of gaining or losing weight.

How to Fix Your Hip Dips?

Practical advice for a healthy prostate

Increase Your Chances of Conceiving A Baby Boy!